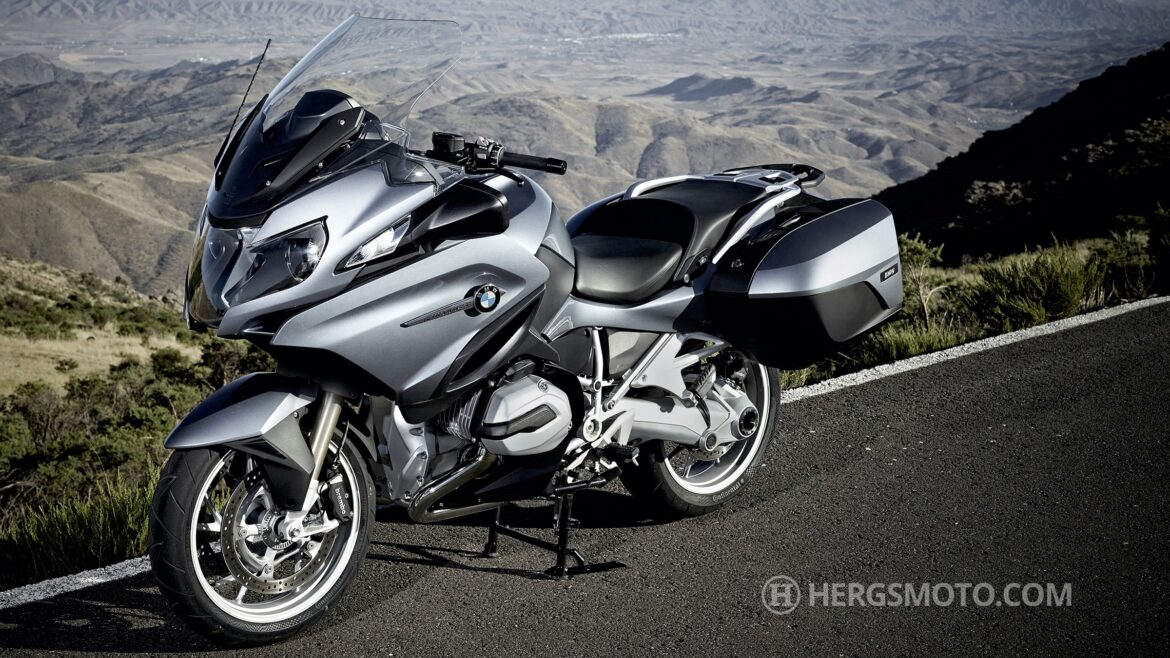 For about four decades, the two letters “RT” have been synonymous with comfortable touring at the highest level and with an update on the horizon, we take a look at what to expect with the next version of the durable BMW R 1250 RT.

The 1254 ccm air / liquid-cooled four stroke flat twin, double overhead camshaft, single balance shaft and variable timing engine with BMW ShiftCam is likely to remain the same. Also remaining the same would be the suspension with the BMW Telelever at the front and the Paralever single-sided swing arm at the rear, ensuring the RT’s well renowned high riding stability and optimum handling characteristics.

What is expected in the update, is similar treatment to the revised GS range with some specific changes to incorporate the new larger TFT display and potentially house and operate a new adaptive cruise control (ACC) system.

RELATED: News of the new R 1250 GS and GSA unpacked

If the bodywork is modified to house the components required for the ACC it will almost certainly include modifications for both revised LED Lighting with a version of the adaptive swivelling LED headlight seen in the GS in conjunction with changes to cater for the enlarged TFT display.

The revised LED lighting is likely to have the same convenience features as the GS including a “Welcome”,  “Good bye” and “Follow me home” function for convenience and orientation.

While nothing is confirmed at this point, judging on the available information and trends, the new TFT will include built in navigation functionality driven via BMW Motorrad’s Connected app.

Other inclusions will be in alignment with the other R-Series motorcycles and are likely to include:

The last major update to the R 1250 RT was back in August 2019 with the introduction of BMW’s Shiftcam technology. Before that, the only changes for the 2018 model year were colours. In 2017 the R 1200 RT included a revised selector drum actuator, transmission shafts and transmission shaft bearing. And as part of the Ride Modes Pro option package, ABS Pro became available.

In its current form, the model is essentially the same as the 2014 model which represented a wholesale redesign of the R 1200 RT.

We look forward to any enhancements that maintain this model’s genuine stance as a the ultimate touring machine.