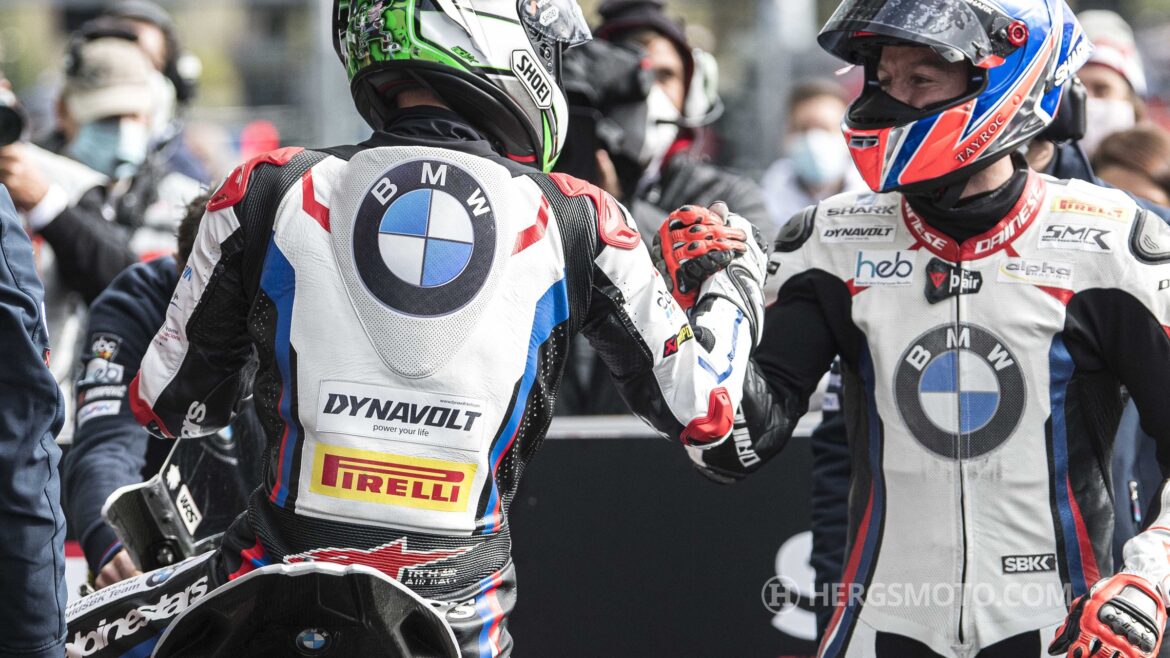 The BMW Motorrad WorldSBK Team is ready for the season finale. The weekend sees the eighth and final round of the FIM Superbike World Championship 2020 in Estoril, Portugal.

After the double pole at Magny-Cours (FRA), the BMW Motorrad WorldSBK team, with riders Tom Sykes (GBR) and Eugene Laverty (IRL), is eager to end the season with further highlights.

In the wake of changes due to coronavirus, Estoril was added to the 2020 WorldSBK calendar for the season finale. The ‘Circuito do Estoril’ is located around 30 kilometres outside the Portuguese capital of Lisbon. While WorldSBK has been there twice before, that was back in 1988 and 1993 which makes the track practically uncharted territory for the teams and riders. BMW Motorrad Motorsport was able to gain their first experience there recently however, with the BMW Motorrad World Endurance Team at the season finale of the FIM Endurance World Championship, which was also held at Estoril at the end of September.

Quotes ahead of the season finale at Estoril.

“We’re really looking forward to Estoril already, where we will contest the final races of this unusual, reduced season. This season hasn’t been an easy one for us, but recently we have noticed a clear trend in the right direction. In Barcelona both Tom and Eugene got their best results of the season to date. That was followed by a strong Superpole at Magny-Cours, where Eugene and Tom secured the front two spots on the grid. We’re confident that results close to the podium would have been possible again in the races if the accident at the start of race one hadn’t influenced our entire race weekend. Now we want to continue this upward trend in the finale. We got to know the characteristics of the ‘Circuito do Estoril’ a few weeks ago in the FIM EWC. While we can’t transfer the insights we gained with the endurance version of our BMW S 1000 RR to the World Superbike exactly, we do at least have an idea of what’s in store for us in terms of track characteristics. We will work hard to prepare with the basis of the EWC information and to head into the winter break on the back of a successful final weekend.”

“We’re heading to the final round of the 2020 WorldSBK season at Estoril. It has been a rollercoaster season. We’ve had a lot to contend with. I think Dorna and the World Superbike organisers have done a fantastic job to manage to get eight rounds in the championship. The venue of the last round of the season, Estoril, is new to a lot of teams. No one has tested there, however we have some feedback from the BMW Motorrad World Endurance Team that raced there not too long ago and we think that that information can be useful. We had a difficult weekend at Magny-Cours which after Superpole was fantastic but we had a setback with the race incident in the first corner and struggled to get back on our feet all weekend. But we’ve left that behind us and will now prepare well for the coming weekend. According to the weather forecast, there should be good ambient temperatures in the low twenties and we are looking forward to the final races. Hopefully, Tom and Eugene can continue that strong Superpole perfomance of Magny-Cours and tail that into Estoril and we can have a successful weekend and round the season off on a high.”

“I am very much looking forward to going back to Portugal and indeed to a new circuit, a new venue for myself. I’m looking forward to getting to grips with the Estoril circuit. It’s a track which looked certainly enjoyable and exciting on the television watching the GPs when I was growing up so hopefully we can go there and finish the season very well. We’ll be trying to get that result that we have been looking for this year. We keep working, we keep showing great signs of potential and hopefully we can get it nailed down this weekend for the whole of the BMW Motorrad WorldSBK Team. So the plan is to finish on a high and then start to work for the coming season given the amount of great information that we gathered this year.”

“I’ve twice raced at Estoril in the 250cc World Championship but it was so long ago that I’ll be treating this weekend like a brand new circuit. The final round of the season has crept up on us after a flurry of races in the past couple of months. We can be proud of our clear progress and it was great to reward the BMW Motorrad WorldSBK Team for all their efforts with pole position last time out. We’re been making strides forward lately and I’m confident that we’ll continue to climb up the rankings this weekend at Estoril.”