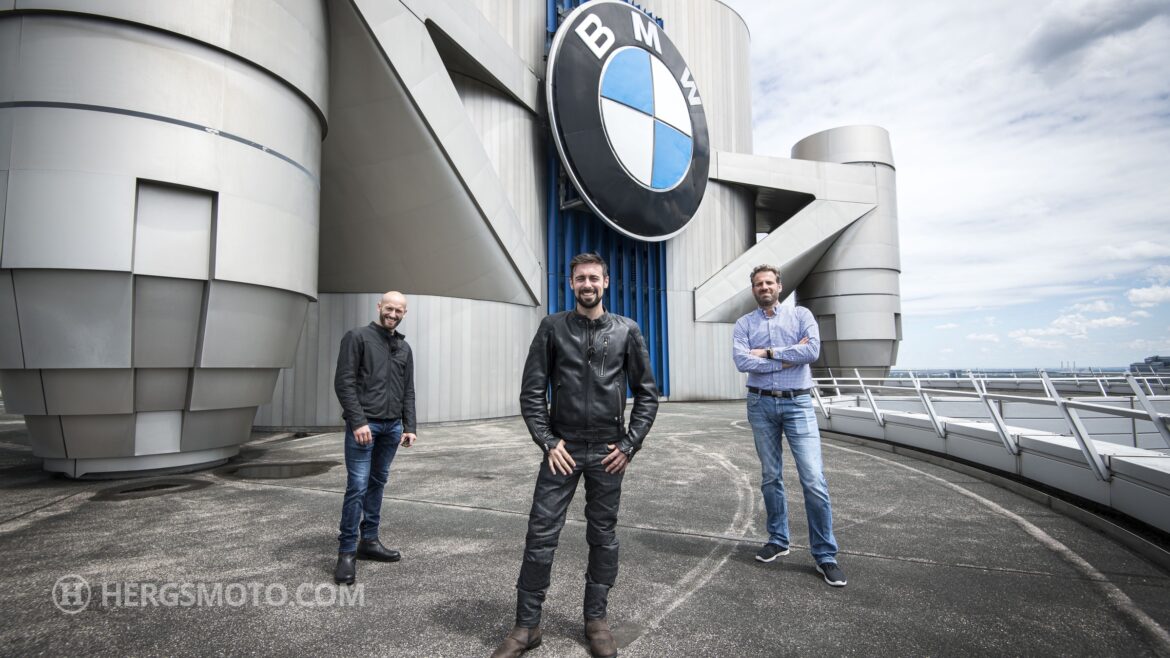 Munich. Both riders for the BMW Motorrad WorldSBK Team, Eugene Laverty (IRL) and Tom Sykes (GBR), are normally at home on race tracks around the world. Now they have had the opportunity to familiarise themselves with the many facets of the BMW Group during a visit to Munich (GER). They were accompanied by a camera crew during their visit. The result is a series of three short films that show the riders from a different perspective and provide some exclusive behind-the-scenes insights at BMW Group in Munich.

After Sykes and Laverty learned all about the history of BMW and BMW Motorrad in the first part of the film series, it’s then on to the present and up and away to start. Exposed, on the roof of the BMW ‘four-cylinder’, the corporate headquarters of the BMW Group – with a breathtaking view of Munich, the Olympic stadium and various BMW locations – the two racers are welcomed by BMW Motorrad Motorsport Director Marc Bongers.

Right next to the ‘four-cylinder’ is BMW Welt, which opened in 2007, in which all of the BMW Group brands come together under one roof. With more than three million guests each year, BMW Welt is one of the most-visited attractions in Bavaria.

Matt Champion explains some of the highlights of the exhibition to the duo. They take particular interest in the BMW Group brands with British origins: MINI and Rolls-Royce. Laverty and Sykes have the up close and personal wonderful feeling of sitting in a handcrafted Rolls-Royce, and learn interesting facts about how much attention to detail the luxury brand invests. And it goes without saying that a trip to BMW Welt couldn’t end without visiting the BMW Motorrad department to round things off.

There they are greeted by Rudolf Dittrich, General Manager BMW Motorsport Vehicle Development, who shows the two motorcycle racers their four-wheeled colleagues’ world. BMW Motorrad Motorsport and BMW Motorsport collaborate in various areas, making use of synergies. Laverty and Sykes learn all about cars such as the BMW M4 GT4 and the BMW M8 GTE, which they feel at home in right away. They also have the opportunity to take an exclusive look at the BMW Motorsport simulator, as well as at the workshop in which the Formula E BMW i.FE20 is currently being prepared for its next outing.

You can watch the film ‘Exploring the BMW Group’ online on the BMW Motorrad YouTube channel: