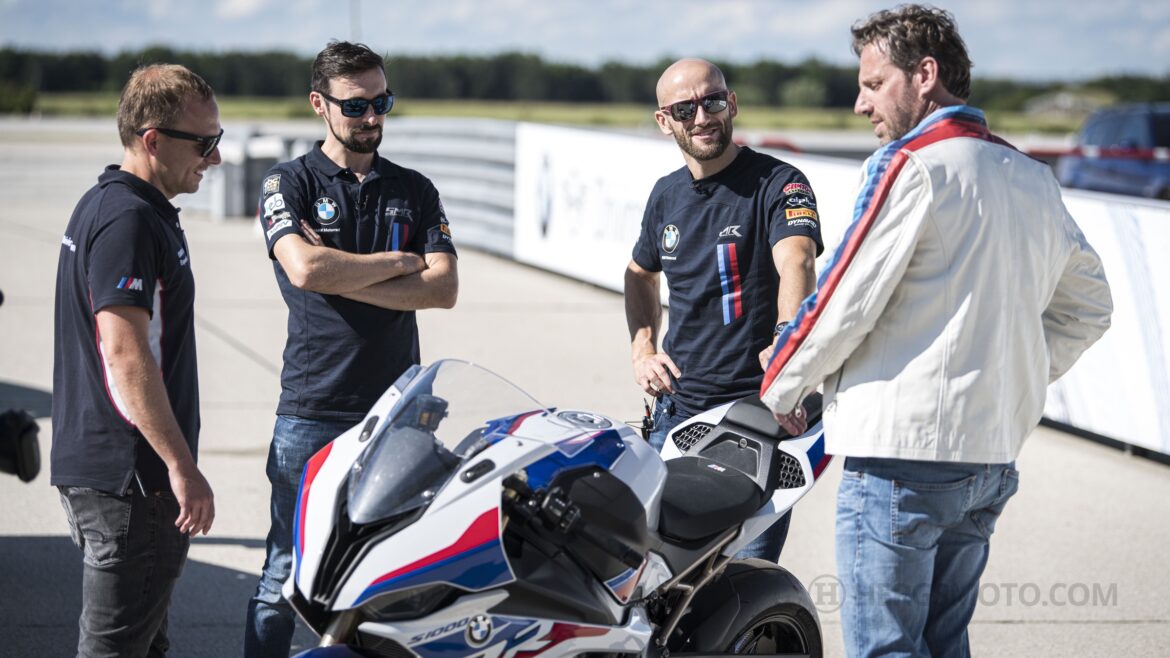 Three-part video series documents the BMW Motorrad WorldSBK Team riders’ visit to BMW Group in Munich – In the third and final part, it’s all about M, the most powerful letter in the world – BMW M GmbH visit and drift training with the BMW Driving Experience.

Munich. Both riders for the BMW Motorrad WorldSBK Team, Eugene Laverty (IRL) and Tom Sykes (GBR), are normally at home on race tracks around the world. Now they have had the opportunity to familiarise themselves with the many facets of the BMW Group during a visit to Munich (GER). They were accompanied by a camera crew during their visit. The result is a series of three short films that show the riders from a different perspective and provide some exclusive behind-the-scenes insights at BMW Group in Munich.

In the third and final part of the video series, it’s all about M, the most powerful letter in the world: Laverty und Sykes immerse themselves in the high-performance world of BMW M. Markus Flasch, CEO of BMW M GmbH, takes the duo on an exclusive tour through the M Studio and the workshop, showing them the current and upcoming high-performance BMW M automobiles. In addition to the production cars, this includes the BMW M2 CS Racing, a racing car with which the BMW M Customer Racing teams compete for example at the Nürburgring-Nordschleife (GER).

After the theory, it’s on to the practical: Everyone knows that Sykes and Laverty can drift perfectly on two wheels. At BMW Driving Experience in Maisach (GER), also part of BMW M GmbH, now they do it on four wheels – it’s donut time! So, plenty of action for the two WorldSBK riders to round off their trip to Munich.