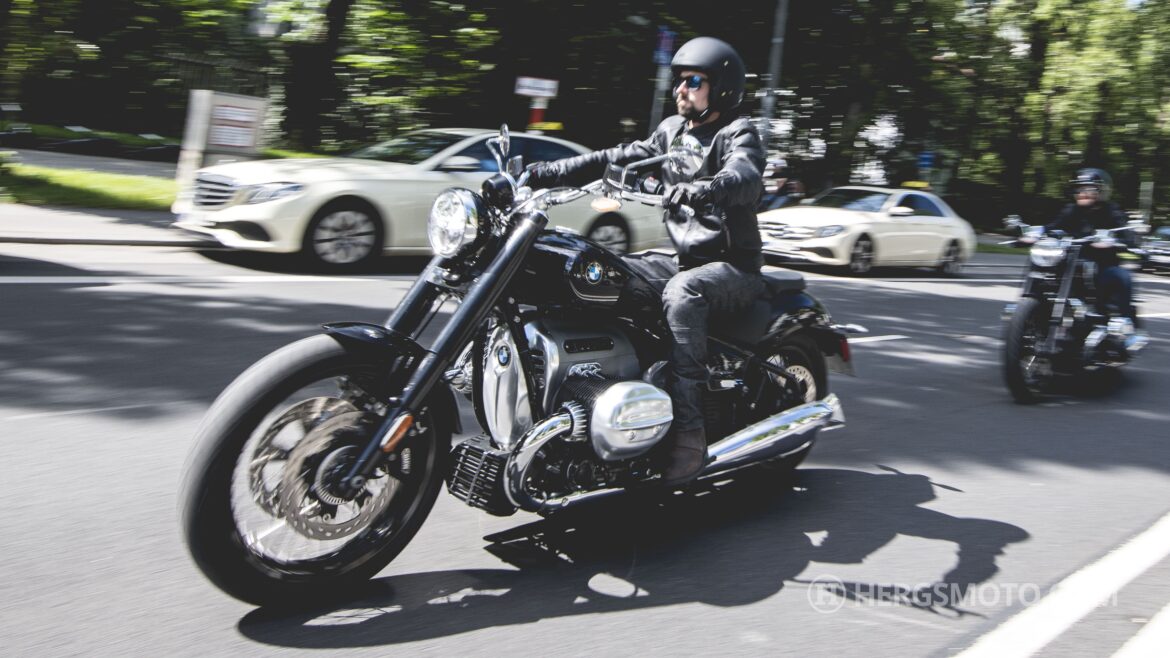 Munich. Both riders for the BMW Motorrad WorldSBK Team, Eugene Laverty (IRL) and Tom Sykes (GBR), are normally at home on race tracks around the world. Now they have had the opportunity to familiarise themselves with the many facets of the BMW Group during a visit to Munich (GER). They were accompanied by a camera team during their visit. The result is a series of three short films that show the riders from different angle and provide some exclusive behind-the-scenes insights at the BMW Group in Munich.

The first part of the series concentrates on the history of BMW and BMW Motorrad. 2020 sees the boxer engine celebrating its 100th anniversary. That’s reason enough for Sykes and Laverty to explore the newest boxer engine model, the BMW R 18, Munich and the roots of BMW. Both are avowed fans of the BMW R 18. “The perfect way to relax,” is how Sykes describes a ride on a heritage bike. Laverty agrees: “After an exhausting weekend at the circuit, it is great to leave the racing position behind and go for a relaxing cruise.” In Munich, the two WorldSBK riders enjoy the exclusive opportunity to take the First Edition of the new BMW R 18 for a spin. After an introduction from Roland Stocker from the R 18 project, they take to the streets of Munich for the first part of their tour, the BMW Group Classic.

Today, BMW Group Classic is located in the same halls where the first BMW boxer engine was constructed 100 years ago. After a welcoming address from Ulrich Knieps, Head of BMW Group Classic, Ralph Huber and Benjamin Voss take the two Motorrad racers through the “hallowed halls” where countless treasures from the history of BMW are on display.

Sykes and Laverty find out everything there is to know about how motorcycle development started at BMW and hear anecdotes from the history of the BMW Group. For example, the two WorldSBK riders get to know a racing bike from another segment, the BMW R 80 G/S, with which Gaston Rahier (FRA) won the Dakar Rally in 1985. Other funny stories, such as how Elvis Presley’s BMW 507 brings out the entertainer in Tom Sykes, are portrayed in the film “Discovering the BMW Heritage”. After visiting BMW Group Classic, Sykes and Laverty it’s time for Bavarian traditions. Together with Dr. Markus Schramm, Head of BMW Motorrad, and BMW Motorrad Motorsport Director Marc Bongers, they round off the day in a typical Munich establishment and reflect on their impressions of the “BMW history lesson” and the BMW R 18 ride through Munich.

You can watch the film “Discovering the BMW Heritage” online on the BMW Motorrad YouTube channel: