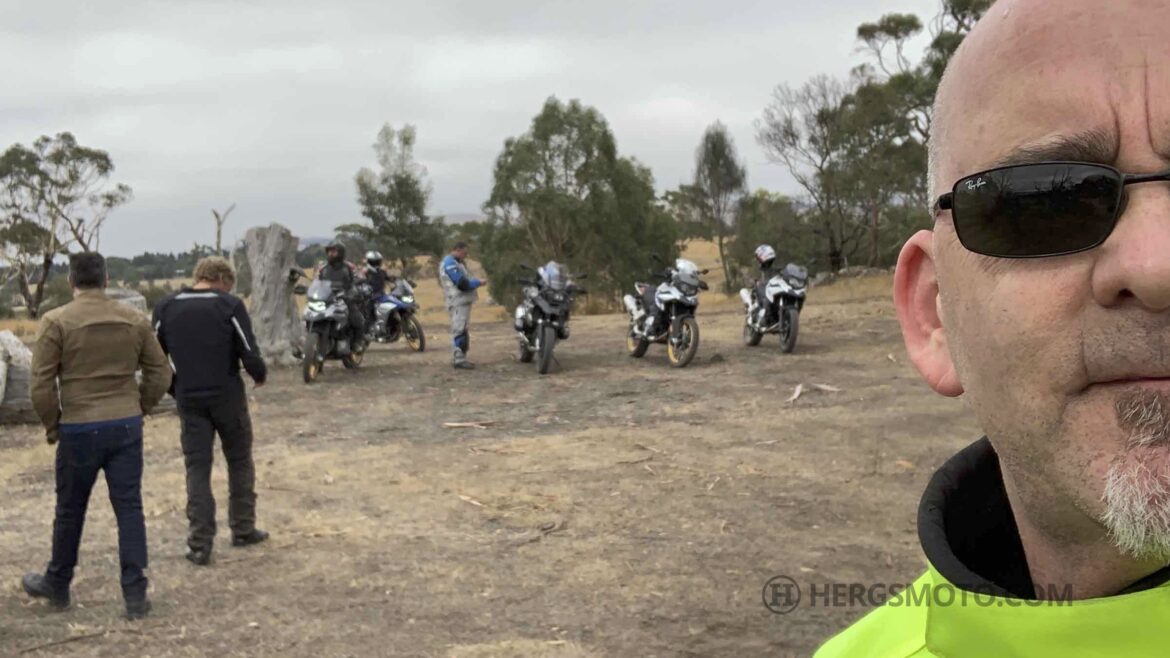 A retrospective tale of an avoidable off, the unexpected outcomes and lengthy road back to good health.

Lets start with the good bits.

A time not so long ago just after Christmas festivities and the start of 2019, a busy work and social schedule. My good friend Tony and I eagerly do a reconnaissance trip to prepare for our latest Motorrad RoadTrip, the Australian Alpine RoadTrip.

A week later on an entirely different ride in the Lerderderg Gorge State forest in regional Victoria, I end up down and in hospital.

In retrospect it’s easy to say what could have been and to perhaps criticise but the reality is, there are always a number of variables and factors when we ride. The point of this article is to highlight a few.

On the ride the week before…

Distance.  Full day riding in 47°C Heat.  Dehydration. Not enough breaks. All was enjoyed and ended well. In fact, it’s one of my more memorable rides!

So onto the tale of woes…

From work, a 90 odd km ride to the event was soaked up effortlessly by a R 1250 RT. A BMW dealer launch for the then, brand new to Australia, BMW Motorrad F series.

Some mingling with industry folk and treated to a first-class meal enjoyed with good company and a beverage or two. Up the following morning and started the day with a bit of product theory before the eagerly awaited hands on session.

I was fortunate enough to ride the F 850 GS and see the range in Sardinia Italy the year before at the international BMW Dealer Conference. In any case… a little bit of off-road training… where amongst others, I also did manage to drop a F 850 GS in slow manoeuvres uphill! “bugger”

In a previous life which I’m old enough to have several… I did do 5 to 6 years of motocross but… the reality is, it was 30 years between drinks on dirt. (…yes, who would have known!)

Okay so we’re building the story here… tired, rusty, not quite bike fit, old but mind of a teen. Any part of that you can relate to?

Practice out of the way, off we go on a proper ride on the F 850 GS to and across the very picturesque Lerderderg Gorge. A few corrugated gravel roads and a short run on country tar, we stop on the outskirts of a town and entry to the State Forest.

It’s here that we’re momentarily treated to a display of skills and bike control that only very few ever master the likes of Lukey Luke!

Luke smokes up the back wheel of the R 1250 GS that he’s on before pulling up the front as he wheelies down the road. A super tight u-turn and he smokes the rear tyre a little more. Heading straight for the admiring group before pulling up just before us, bike and himself impressively balanced in the air almost vertically on the front wheel. The bike drops back down with a heavy thud before he’s straight off again for another lap.

Awesome. And that display of talent is sure going to make me feel a whole lot better in about 30 minutes!

The group sets off again, into the forest. About a third of the way along on the compacted gravel road, I missed a turn and went wide… catching it by instinctively powering out. Just after, pulling up to put my arse back on the seat and feet on the ground for a minute.

A couple of thumbs up as the bunch I was with ride past. No Lukey Luke but hey, at this point all good!

It was then I realised I was done, and… should have called it a day, dawdling back to the lovely establishment that was hosting us. Where I could have been comfortably sipping a beer and appreciating the day and occasion.

Instead, a deep breath, I pulled up my “bloke socks” and pressed on. Even added a little more speed to catch up to the group.

The next part of the tale involves brand new GS boots (okay, a good tradesman never blames the tools!), a negative camber, steeply declining tight left corner… approached at about 70km/h, in the outside wheel track.

Standing tall on the pegs, foot squeezes the back brake with no response. Clearly the boot found something other than the brake lever, so… look down for a split second (count that, 1…) and… drift to the right and onto the very loose marbles.

Don’t know what happened next because from that point, it’s gone from memory.

I think, and I’m guessing, I instinctively just tipped in too hard to make the corner and lost the front. I could have added some steering angle. Others have postulated I must have grabbed the front brake.

Regardless, the ground marks showed it was a hard fall and slide.

Up on the pegs so around about 2m head height, a decent incline in the road means a fall of some 100+ degrees and relevant distance even after washing off some speed, and a 244 kg bike that came down with me. No wonder it hurt!

Fortunately, the bike stopped short of some trees at the top and just at the edge of a rather tall valley. Again, fortunate as the whole thing could have been way worse.

Memory fired back up the story goes on.

Up I get with a few choice expletives… hobble over to the bike and hit the kill switch.

Bike does’t look too bad I remember thinking as I tried to lift it. That’s when I noticed that I might not have faired so well myself. I leave the bike there for the trusty BMW crew.

As with all well organised BMW events, there were crew and a medic at the rear of the field who arrived not long after my spill.

A quick look, a temporary sling and he recommended getting the support van to get me to some help.

That 80 km trip on the gravel track and then back country roads was the worst in living memory. Adrenaline wearing off, nothing for the pain and shock creeping in… I pity poor Lizzy the BMW Marketing intern, who had to drive me all the way to the closest country hospital.

We arrive at the hospital. I’m hyperventilating with pins and needles from the neck down and the emergency guy cheerfully says… “Come on then, jump out (of the van)”. I was never sure if he was kidding but he soon worked out I couldn’t.

Long story short, a quick assessment and they called an ambulance to get me to the next biggest hospital, in nearby Ballarat, lights and sirens blazing.

And… finally some pain killers! Which helped make the next 46km go by in a much more comfortable fashion.

If you’re never been in an Emergency Room out of the back of an ambulance then count your blessings and avoid it but the process is rather simple; “Head and neck okay? Not bleeding (not too much anyway). Great, everything else can wait.” Typical of a trauma ward.

Sheared clavicle at the AC joint, mild protrusion was the only injury they focused on and documented other than impact trauma to the left side. And while I hold no judgement or malice to the hospital, to find out out later a bruised pelvic bone and foot broken in 4 places added to my woes. Again, little did anyone know at the time, the impact to my hip was severe enough to displace them and have done something more to my balance, back and body, yet to be resolved.

Released after a few hours, Lizzy got us back to the venue.

Bruised ego, limping and tight sling the team at BMW made sure I got home okay from there (Thanks Manny, for a great deal of things and a very late night that night!). The R 1250 RT which I rode up on was returned at the end of the event.

For the next week I was literally flat out, couldn’t walk, sit or use my arm. Shoulder restricted and foot in a moon boot for the next 8 weeks.

I got off easy compared to some and age plays a part in recovery… so even with a huge amount of determination and grit, getting the collarbone back in place and mending mashed muscle, veins and nerves was not pleasant to say the least.

Dealing with the unknown elements such as a blue arm, hip 2 cm higher on one side, daily exercises and rehab 2 – 3 times a week for a year, it has felt like a very long road back.

Over 18 months later and now, while not quite there, can’t wait to get on a bike again. Stay tuned.

And I couldn’t write this article without paying credit where credit is due. A big thank you to my wonderful wife. Who has endured all of my pain and recovery right with me. A lot to ask of anyone. I’m so grateful, thankful and proud to have the opportunity to share our lives together. You’re the best!

So the moral of the story; Think about the choices you make when you ride and be around for the next one. And no, you can’t borrow my wife!

One thought on “The Long Road Back”