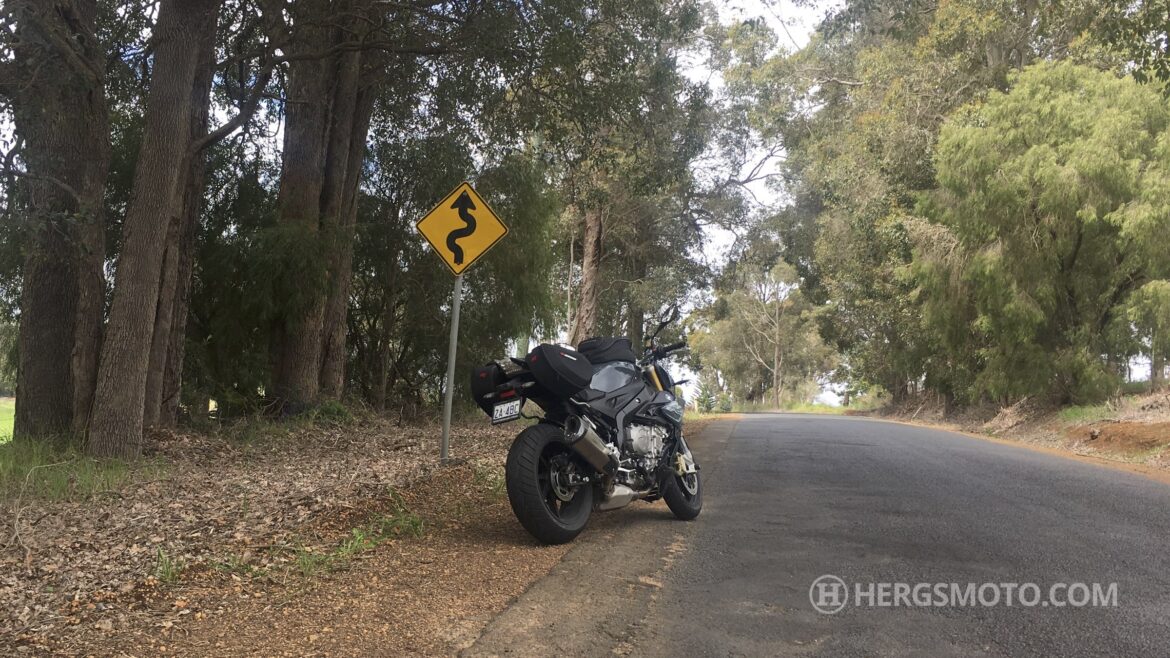 Even as you approach the BMW S 1000 R it conveys the level of finesse and eagerness engineered into this 999cc naked street bike.

Something which is not always appreciated by all yet a key differentiator in a tightly contested space in the market. The asymmetry of design stands out and there is appeal and uniqueness to the bike with its wonky head light. It is a very a cool feature, mind you said by a person that did buy a Z3-based BMW M-Coupe at one point, often referred to as a bread truck!

Riding the S 1000 R, the excitement starts well before turning the key and hitting the starter, firing up this striped down roadster with its inline double overhead cam 4 cylinder, four-stroke engine and marvelling at the complexity of the mechanical noise that settles as the engine warms.

Introduced in 2014 and at the time, based on the S 1000 RR with which it shared its engine, gearbox, frame and suspension, the bike and successful format has largely remained unchanged since. That may very well change later this year with pointers such as 2021 BMW S 1000 R spy photos and a product lifecycle that is historically due for a new iteration.

Last updated in 2017, today’s bike is still a class leader in this segment with a strong feature set and BMW’s strength in quality and thoughtfulness of equipment and componentry. The S 1000 R comes standard (country specific) with BMW Motorrad’s Integral ABS, ASC, Riding Modes, Info Flat Screen which is still LCD but expect a full TFT on the next version. It also includes Race ABS, Quick Shift Assist Pro and a HP titanium rear silencer.

The multi-plate, anti-hopping, mechanically controlled, cable clutch is a tad heavy in traffic but having said that, it’s only really required when you stop. The Gearshift Assist Pro for both up and down shift is so good, not to mention addictive, it is barely noticed. The clutch weight is also no surprise as it does have to deal with a 121Kw / 165HP of power and 114 Nm of torque delivered at 11,000 and 9,250 RPM respectively. All that power is delivery via chain over aluminium 2-sided swing arm with adjustable rebound damping.

At 205kg in weight fully fuelled and road-ready and nearly 1.7 Kw/Kg, the power to weight ratio on this bike is spectacularly awesome!
Then there’s the optional HP forged wheels which shave off another 2Kg (or there about) and interesting have a very noticeable, nicer feel on tip in thanks to their lower rotational mass. As well as the HP wheels there are also options for HP Levers, Footpegs and a very practical luggage pack which were surprisingly appreciated after managing with a (highly regarded) Ogio Stealth backpack on this bike.

Up front, it is BMW’s tried and tested rebound / compression damping adjustable upside-down 46 mm telescopic fork, and 320 mm twin disc brakes with floating radial 4-piston fixed calipers. There’s a little excessive travel in the front brake lever before reaching its bite point but personally I like this. It’s far less likely to let you stomp on the fronts overtly aggressively unless intended. The feel is confident to say the least and rides with supreme accuracy.

Having had the pleasure of this bike long-term with a few memorable all-day rides as well as regular commutes, it is a very liveable bike, able to bring a smile to your face on even the most domestic runs let alone a purposeful ride. In fact one of those longer rides was a full day as a part of the 2017 BMW Australian TS Safari in Western Australia and oh what a ride!

Given the S 1000 R’s short wheel base and compact dimensions (2m long x .8m wide x 1.2m tall) which makes it so nimble, and the firm suspension albeit with touch-button comfort tuned settings. Half an hour in, on some less than well maintained roads down through the Margret River region, the thought did cross my mind that I may not enjoy all day on this thing! By the end of the day however and after a little deviation missing a turn marker adding 80km and some spectacular additional scenery to the route, some drama with flying debris off a 3 trailer road-train hitting me in the helmet and chest… and a good down-pour thrown into the mix… you could not get me off.

Apart from having no protection from the elements (and flying debris) in this class of bike, even with the optional larger screen, what turned from not particularly looking forward to a long trip turned out to be a dream ride and great day!

A GT it’s certainly not but the added convenience of the BMW Motorrad soft panders and tank bag improved its all round capabilities.

In typical BMW Motorrad style, this set the benchmark in the category some years back. While the competition has caught up in some regard over time, 2021 is just around the corner.

Regardless, it’s not just the inclusions on the current model that make this bike attractive and enjoyable to use like cruise control and heated grips or the quirkiness of the symmetry, the performance characteristics taken from their supersports bike or the class-leading 3 year warranty… it’s the fact that they can tie this all together in a package that even after years of being around, still gets you excited every time you ride it that makes it a winner.

Love it. Thanks BMW, can’t wait to see the next iteration of this vanquisher in the very near future.

Like: The look. Quickshift perfection, fickability and the rush!

Dislike: Very short steering lock easy to catch you out on u-turns.