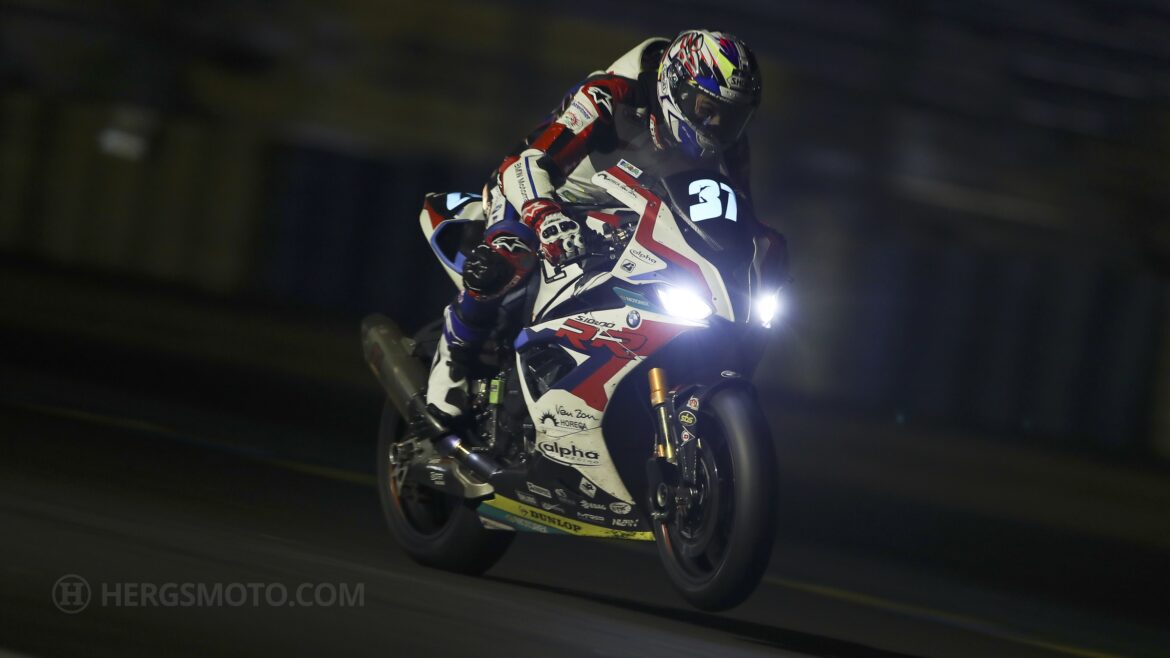 Le Mans. The “24 Heures Motos” in Le Mans (FRA) came to a dramatic, unfortunate end for BMW Motorrad World Endurance Team. After almost 24 hours of racing, the #37 BMW S 1000 RR retired 12 minutes before the finish. The trio of Kenny Foray (FRA), Markus Reiterberger (GER) and Ilya Mikhalchik (UKR) were in fifth place at the time. The 2019/20 season marks the debut season of the team in the FIM Endurance World Championship (FIM EWC).

Traditionally, the endurance classic in Le Mans is held in April, but this year it was postponed until the end of August due to the coronavirus. The weather, however, was very much like the typical weather in April. There were intermittent rain showers and the 24 hours were characterised by changeable conditions and falls, with the safety car having to be deployed several times.

BMW Motorrad World Endurance Team started the racing marathon from second on the grid. The #37 BMW S 1000 RR took the lead in the opening phase. The first rain started after two hours, and made the surface very slippery. Foray’s rear wheel skidded and he fell in the gravel, but was able to continue the race. The team was now in fourth place, the #37 remaining in this position until the early hours before dropping down a place into fifth. It rained again in the final minutes of the race, and Mikhalchik fell shortly before the finish line. He was taken to the medical centre for treatment, but suffered only minor injuries.

“It’s a real shame that our Le Mans debut ended so dramatically. Overall, it was great that a race was finally able to be held for the scheduled duration but the weather made it a very difficult, chaotic race, and it wasn’t possible to make any strategic plans for much of the race. On top of that, compared with the Bol d’Or we were unlucky in terms of the timing of the rain and safety car phases. But it was the first test of endurance for the BMW S 1000 RR in the FIM EWC, and we came through pretty well until shortly before the end, despite Kenny’s minor fall after two hours. We were able to see that with regard to consumption we are the best in the field, and we were up there at the front in the pit stops as well. The only thing we are lacking is a bit of pace in certain conditions. Which is why we are so disappointed that our race came to an end so close to the finish when Ilya fell in the drizzle. But we win together and lose together. The most important thing is that Ilya wasn’t hurt more seriously. A huge thanks goes to the whole team and the riders for their hard work before and during the race. Now we will rally ourselves, leave the disappointment behind us and focus all our attention on preparing for Estoril. We want to finish our rookie season with a strong result there.”