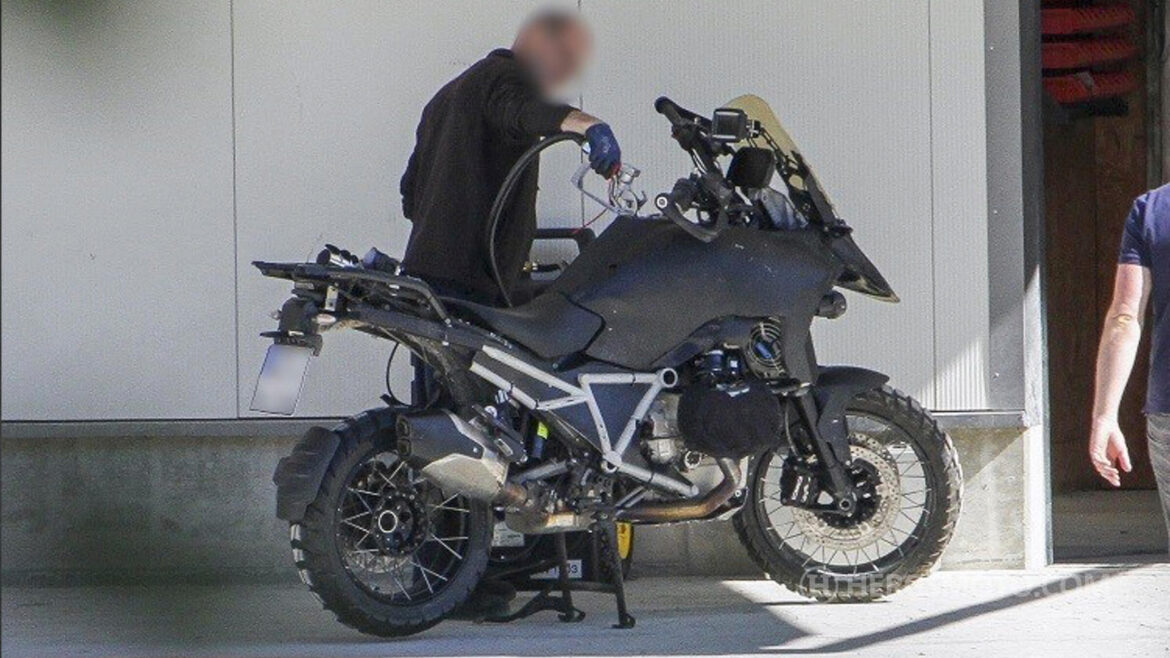 Touted by many as the new R 1300 GS without confirmation of any facts, it is interesting to see a BMW R-Series testing in the wild.

Thanks to the talented photographer that is BHM Images, the same set of photos depicting a heavily disguised R-Series GS, has been circulating the internet via various moto publications.

Can’t help but notice just how many say exclusive images and provide such specific details with no credits or supporting evidence. Seems that ‘s just the times we live in.

While there is nothing to specifically suggest a larger capacity boxer replacement for the current R 1250 GS, BMW continuously develop their engines as the venerable R-Series historically shows, so it is highly likely to grow.

The BMW boxer began in 1923 with the BMW R32 however the current GS version really started in the form of the BMW R1100GS dual-sport motorcycle that was launched in 1993. From there we have seen it periodically increase in capacity, sophistication and efficiency with the release of the BMW R1150GS in 1999, BMW R1200GS in 2013 and R1250GS with shift-cam technology in 2019.

Again while evolutionary development of the current 1250 engine ensues, there’s no doubt there would be learnings to apply with the work that was done in developing the much larger capacity but more simple 1800cc boxer engine as in the R18.

As for the comments regarding the headlight and body work, it is clear the bike is setup as a mule with testing of technical and technology components the focus. The mule is heavily disguised by way of mock bodywork and fake frame and covers concealing the ready view of the frame and rear of the boxer engine’s gearbox and drive setup.

Entirely speculative, the fact the the cylinder heads are covered, could indicate the new engine requires less “air cooling” and therefore be a move to entirely liquid cooled which has its origins in the 2013 1200cc version.

Additionally, the fact that the rear of the engine has been specifically concealed could include a revised gearbox and final drive layout, given BMW has recently patented a new universal shaft drive layout thought to be linked to a future electric solution. No reason why the gains of that development couldn’t be applied to the current and continuing ICE variants.