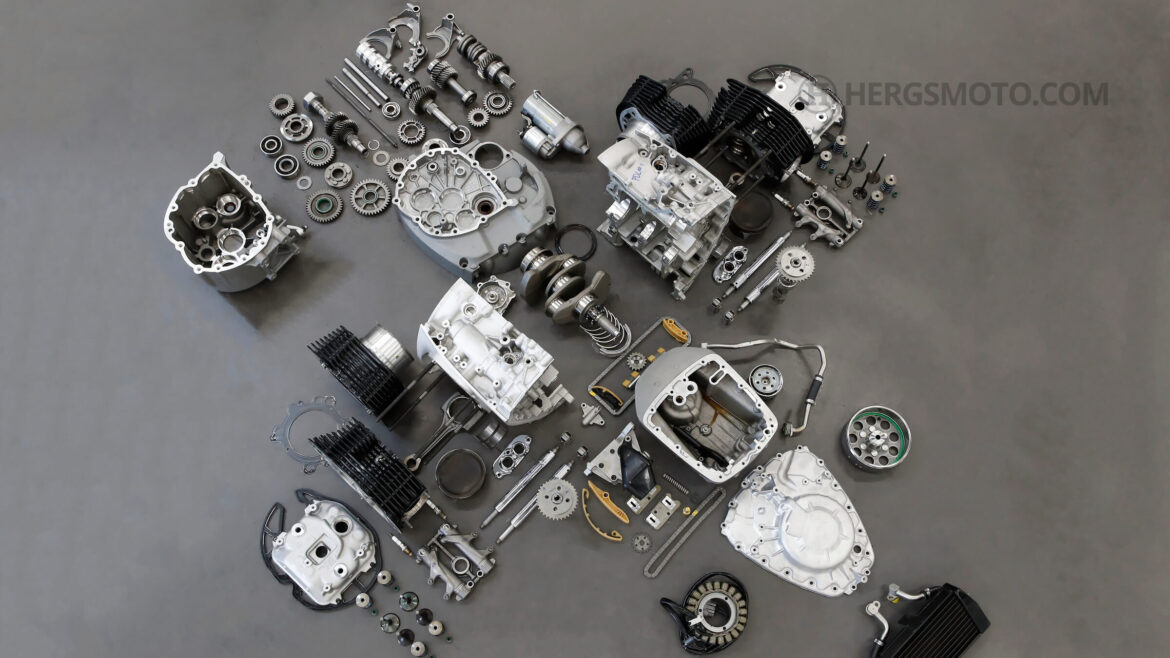 There’s no turbocharger, high-pressure direct-injection, Bi-VANOS valvetrain or even water cooling. Technically speaking, BMW Motorrad’s all-new boxer two-cylinder has little in common with current BMW passenger car ICEs. But the comparatively simple, air-cooled boxer engine for the new R 18 cruiser motorcycle has had just as much engineering passion lavished upon it as any of the latest M powerhouses.

The R 18 is a technical and design throwback to classic BMW motorcycles like the R 5. BMW says it has reverted to the essentials: “purist, no-frills technology and the boxer engine as the epicenter of riding pleasure, combined with ‘good vibrations’”.

At its heart is the so-called Big Boxer. The motor is new from the ground up but continues an almost 100-year tradition of air-cooled boxer engines. At 1,802cc and with 91ps on tap, it is BMW’s biggest and most powerful yet.

“It was clear from the beginning that the engine size needed to be tailored to the segment,” says Josef Miritsch, head of air-cooled boxer series at BMW Motorrad. “To be taken seriously in the cruiser segment you need to be able to offer an engine size of somewhere around 1.8 liters.”

The BMW Big Boxer walks a fine line between heritage design and appearance, and modern engine technology and performance.

“The R 18 is a bike with strong emotional appeal. The historical visual aesthetic and impressive dimensions must also be reflected in the exhaust sound and resonance. The performance must be just as you would expect from an 1,800cc, boxer-engined cruiser, with excellent torque and power delivery throughout the RPM range (idle speed is 950rpm, redline 5,750rpm).”

“Subjective factors played a huge role in the development process,” Miritsch explains. “But a modern engine must also fulfil all the legislative requirements for the coming years. No one factor can be considered less important, so all of these aspects received our highest attention.

“It was our own goal to have historical touchpoints on our R 18 wherever possible, which is why, for example, we chose the combination of boxer engine with an open-running driveshaft. We also had to comply with regulations, and have incorporated features such as twin spark ignition with optimized timing and a four-valve cylinder head to achieve compliance standards.”

What BMW describes as “a modern combustion chamber architecture” is also central to torque and emissions performance.

“A modern engine is always characterized by the narrow valve angle and the more or less spherical-lens form of the combustion chamber,” Miritsch continues. “We achieved this with an inlet valve angle of 21° and an outlet valve angle of 24°. We also created a separate air-intake duct for idle on one intake valve side and intensively pursued optimal tumble behavior – with top figures compared to other naturally aspirated engines.”

The retro look of the ribbed cylinders and cylinder heads conceals moving parts that are designed to meet modern expectations for smooth, torquey cruising performance.

The crankshaft is forged from quenched and tempered steel and has an additional main bearing at the center to keep things vibration-free, despite the large cylinder volume. The I-shaft connecting rods are of the same material and mounted on plain bearings. The cast-aluminum pistons have two compression rings and an oil wiper ring; they run inside NiCaSil-coated cylinders. A two-stage oil pump provides lubrication and additional cooling.

A BMS-O engine management system ties the old and new together. Miritsch says that the main focus for controls development was driveability: “the seamless transition from idle through wide-open throttle”. Fuel consumption and emissions requirements also had to be fulfilled, but, “The key issue for us was always that the engine provides the rider with the most direct and visceral riding experience.”

This article, written on 7th January 2021 by Graham Heeps @GrahamHeeps, first appeared on Engine Technology International published and owned by UKi Media & Events a division of UKIP Media & Events Ltd and is reproduced here in its entirety with permission.