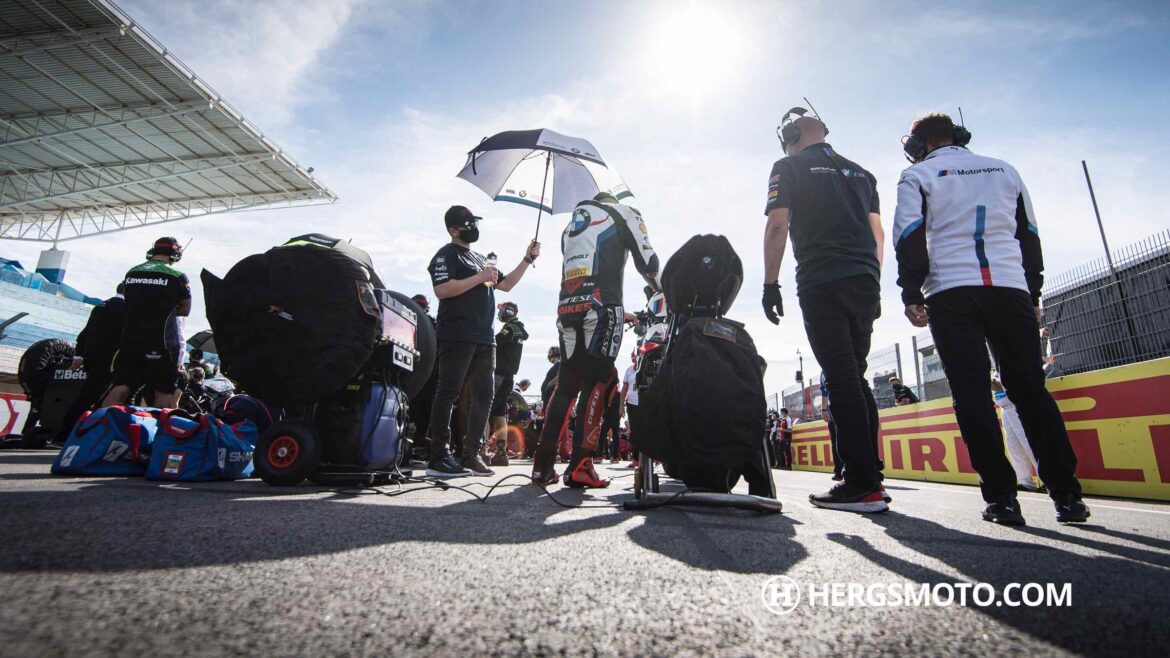 An unusual and truncated 2020 season in the FIM Superbike World Championship (WorldSBK) has come to end after just eight rounds.

The BMW Motorrad WorldSBK Team completed the final weekend at Estoril (POR) with a top ten finish when Tom Sykes (GBR) claimed tenth place in race two on Sunday afternoon. In his final race for the BMW Motorrad WorldSBK Team, Eugene Laverty (IRL) crossed the line in twelfth place. In the Superpole race on Sunday morning, Sykes and Laverty finished in eleventh and 16th positions.

The BMW Motorrad WorldSBK Team has already started preparations for the upcoming season. The team will complete a day of testing at the ‘Circuito do Estoril’ on Monday.

Quotes after race two at Estoril.

“Our results at the Estoril finale were not satisfactory. However, I am glad that we once had a weekend without technical issues and without any crashes. In terms of performance, we are not where we want to be. We are not far off the top five or top six, but we have to work on claiming these results consistently. I would like express my heartfelt thanks to Eugene. It was also a difficult season for him but we have still been able to benefit from his work and made progress with him for example in the electronics area. Now we have to focus on next season. That will start in just a few hours with preparations for tomorrow’s testing. We hope to find those few tenths of a second there that will help us to improve.”

“First of all, thanks to Eugene. It’s been a tough year for him and with the season cut short, it made his job even more difficult. We thank him for all his efforts and contributions to the team and wish him good luck for next year wherever he goes. On Tom’s side, this weekend has been a struggle. The grip levels have been difficult for us and it has taken us too long to overcome that and find an optimum setting that works. Finishing 20 seconds off the winner certainly isn’t where we want to be but we got a lot of data to move forward. Our new season starts now and we’ve got to put 2020 behind us for many reasons, Covid, difficult conditions at all rounds, we haven’t scored a podium once this year but, however, we remain confident that we can set the wheels turning very soon with the BMW M 1000 RR and overall, we will push hard to be further up the grid. I think it’s fair to say that it was a challenge for most teams. Congratulations to Kawasaki and Jonathan Rea and let’s hope that next year we can be close to those guys and be on the podium more regularly.”

“It was a pretty frustrating final weekend. Clearly we have some limitations with the package and saw already at the Barcelona test and here again that we come to a new circuit, arrive at a lap time and try a lot with big changes, we’ve had three different set-ups here this weekend, and we still arrive at that lap time and still have the same issues. The team have work to do and I am definitely looking forward to getting some new components. Now it’s time for closure on this year and hopefully the whole BMW Motorrad WorldSBK Team can make some good steps forward as soon as possible in the winter break.”

“This weekend as a whole has been very difficult here at Estoril. From the first practice, it was clear that with so many slow corners it was not suited to our bike, but we never gave up and worked hard. The good thing was that we did make progress in today’s race as our pace was stronger than yesterday’s so we can be satisfied we moved forward. Throughout our season, we made progress, especially in the latter part of the year. Most notable was Magny-Cours with our pole position, but unfortunately the season has been short with only eight rounds as I would have liked to be longer on the bike. The season for us is now over and it’s time for me to start thinking about 2021.”