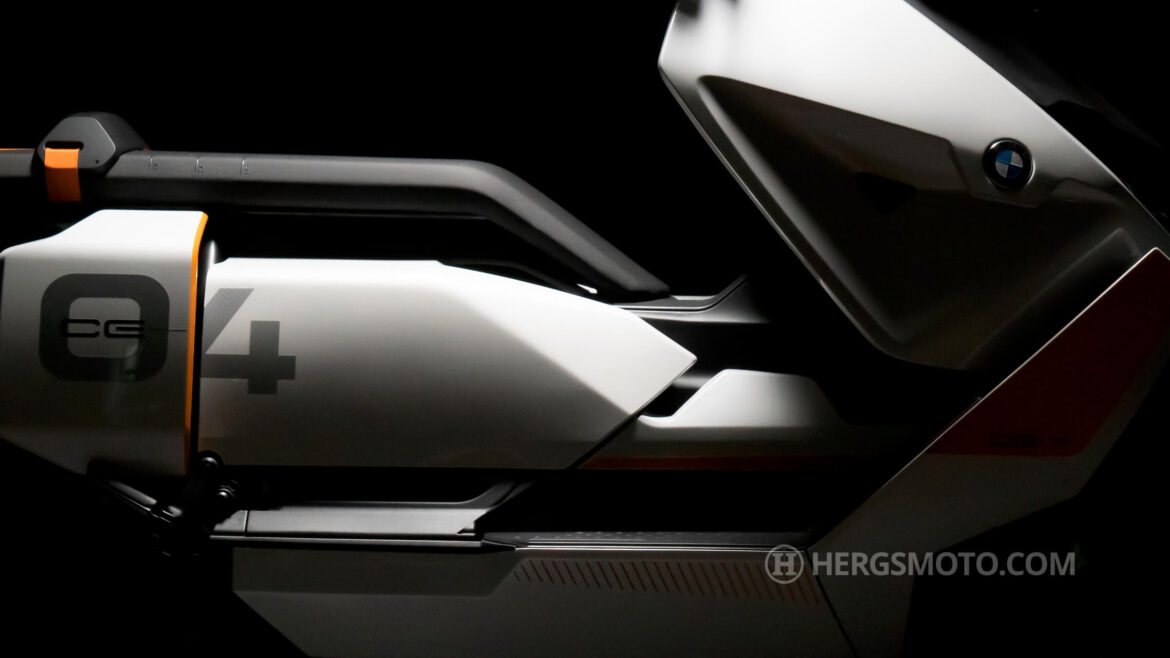 The design drawings are very close to the concept with notable changes to the extension of the rear mud guard, addition of turn signals and taillights, number plate holder and mirrors.

It also appears to only have a side stand. Visually, the design clearly breaks with the look of scooters as we know them. Instead, an elongated, low vehicle body and the diagonally rising front end create a silhouette that is as modern as it is clear.

As Edgar Heinrich, Head of Design at BMW Motorrad has previously remarked…

“Electric mobility is a central drive system for the BMW Group and we are consistently relying on this technology in our sustainability strategy. Electric drives are also a current topic for BMW Motorrad, especially for the urban environment. Since 2013, we have been a pioneer in this area with the BMW C evolution scooter. The BMW Motorrad Definition CE 04 is the logical continuation of the electromobility strategy for urban conurbations, with which we will take two-wheel electric mobility in metropolitan areas to a new level, both technically and visually,”

Just as our own story describes, “Contemplation of a future fast approaching” …recounting BMW Motorrad’s e-journey to date, the public registration of these scooter designs is a concrete preview of what the contemporary production vehicle will look like.

BMW Motorrad are planning and we look forward to the digital launch and rollout of the CE04 e-scooter later this year.