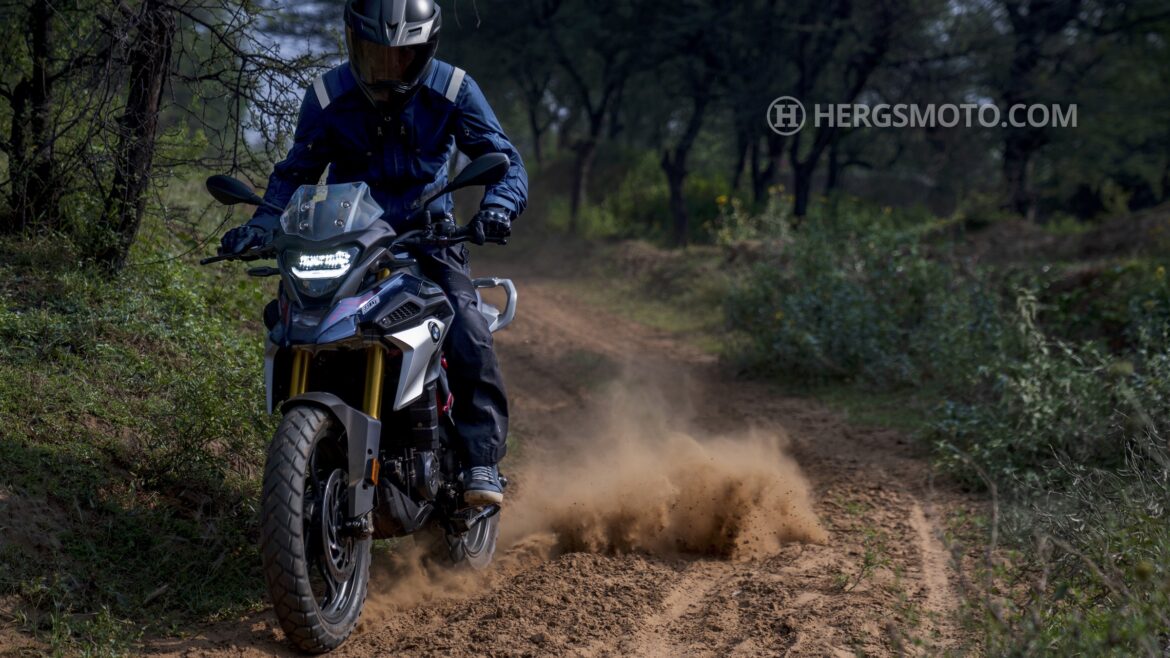 With the BMW G 310 GS, BMW Motorrad is creating a new experience in the displacement segment below 500 ccm. Extremely compact, robust and highly versatile in design, it immediately established itself as a genuine BMW GS – especially for newcomers. Four years after its début in 2016, BMW Motorrad now presents the new BMW G 310 GS. Versatile, safer and more dynamic – whether in everyday traffic, during pleasure rides on country roads or off-road in easy terrain.

The heart of the new BMW G 310 GS is still the reliable 313 ccm liquid-cooled single-cylinder engine with four valves, two overhead camshafts and electronic fuel injection. The cylinder inclination to the rear and the cylinder head rotated by 180 degrees with intake at the front and exhaust at the rear remain the design characteristics. This arrangement follows the logic of optimal combustion air ducting and results in a particularly compact vehicle architecture. With an output of 25 kW (34 HP) at 9 500 rpm and a maximum torque of 28 Nm at 7 500 rpm, the single-cylinder engine of the new BMW G 310 GS is the ideal partner for dynamic motorcycling pleasure, including in the current EU 5 homologation.

For use in the new BMW G 310 GS, the engine has been equipped with a so-called “electronic throttle grip” (electromotive throttle controller) and now offers an even more sensitive throttle response. Automatic idle speed increase when starting also prevents a possible sudden stalling of the engine. The self-boosting anti-hopping clutch is also new. It reduces engine drag torque and provides a significant increase in driving safety – particularly during braking manoeuvres involving simultaneous downshifting. It also offers significantly reduced operating forces at the clutch lever.

Whereas the BMW G 310 GS was already equipped with brake lights in LED technology, the new BMW G 310 GS now has a full-LED headlight for even better visibility at night and LED flashing turn indicators for increased visibility in traffic. The new LED headlight not only ensures particularly bright and homogeneous illumination of the road. Due to the modified connection, distracting vibrations of the light cone are a thing of the past. The three light functions high beam, low beam and, depending on the country, daytime driving light can be conveniently operated using the left handlebar controls.

Hand lever adjustable in four stages for brake and clutch.

Both, the clutch lever and the handbrake lever are now adjustable in four stages. It thus now provides ergonomic benefits – particularly for people with small hands. Stage 3 of the brake lever adjustment corresponds to the grip width until now. In the 1st position the brake lever is 6 mm closer to the handlebar.

GS is a promise at BMW Motorrad. It stands for absolute functionality, reliability and robustness. Accordingly, the new BMW G 310 GS can be recognised at first glance as a genuine BMW GS. With its characteristic windscreen, high front fender, striking flyline and short, high rear end, it has the main elements of the large BMW R 1250 GS models – and has an even more aggressive and dynamic appearance from the front thanks to the new LED headlight.

Its colour concept also reflects that it is part of the BMW GS family. What all three colour variants of the BMW G 310 GS have in common are the engine housing covers for the alternator, clutch and water pump, now painted in metallic titanium grey.

In addition to the typical GS colours in white with the basic colour plain polar white and tank side panels in grey, the new BMW G 310 GS has a very sporty appearance in Rallye style. The frame painted red and Kyanit blue metallic for the tank centre cover and front emphasise the off-road talents and give the motorcycle an extremely dynamic appearance.

As the “40 Years GS” edition, however, the BMW G 310 GS is based on a famous historical model from the BMW GS history – the R 100 GS. Accordingly, it is in black and yellow – with the basic colour cosmic black and yellow graphics on the tank side panels.

The new BMW G 310 GS anniversary variant completes the full GS range in the distinctive “40 Years GS” editions with the F-Series released in July and the R-Series released yesterday. Awesome!