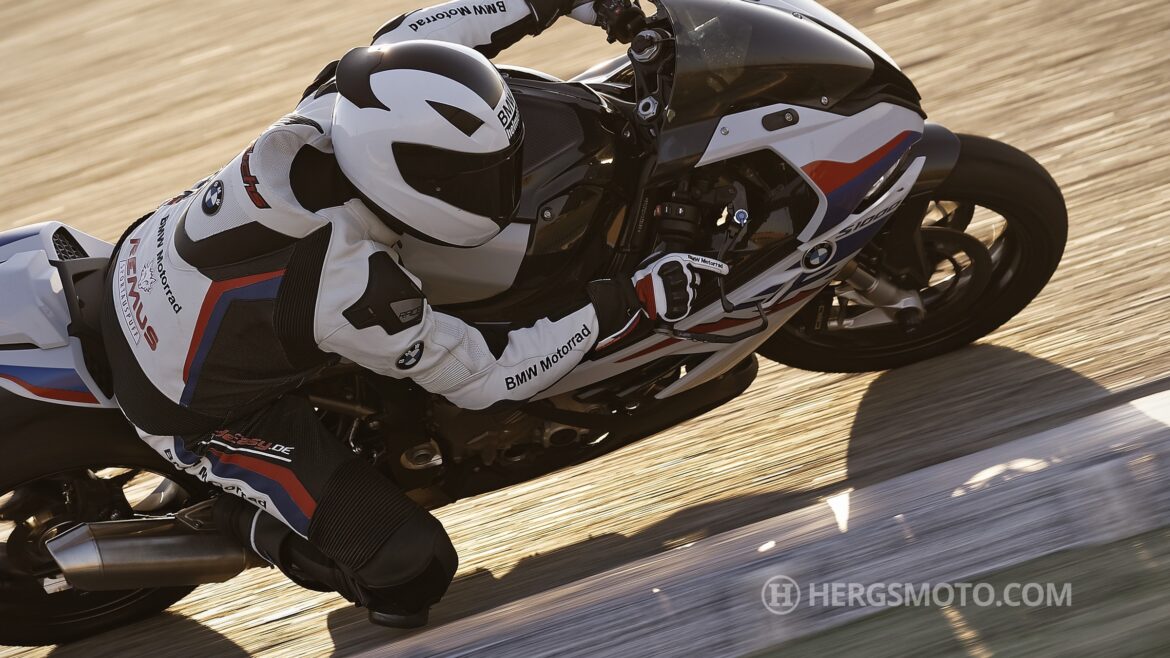 Is this the last in a trail of clues that point to the imminent release of a new BMW M-spec S 1000 RR with aerodynamic aids?

Lucky enough to see the production ready prototype in 2018, I can tell you the current S 1000 RR was released 2019 with very specific intent. During a dinner conversation back then, product owner Josef Mächler elaborated on the lengths and depths that the Motorrad team went to, to ensure the bike set new benchmarks in the class.

In conjunction, and timing is everything, BMW Motorrad changed their tactic of simply supporting motorsport teams and riders rather than competing themselves, to then announcing a factory backed WSBK team and championship challenge.

With no doubt a desire for more wins, is this the tweak to the already sensational road bike that will get the WSBK Team to the top.

BMW Motorrad’s latest, 3rd best selling model came to market in Australia at least with a waiting list several months long. And while we’re speculating, with images of a wind tunnel with an S 1000 RR and BMW M logo depicted as well as recent patent registrations for aerodynamic aids, that may or may never enter the realms of production… the desire and indicators are strong!

That combined with Honda and Ducati both adding downforce-generation winglets to their mainstream superbikes this year, BMW Motorrad would surely be looking to level the playing field once again.

BMW has filed patent applications in Germany showing an “active winglet” system for motorcycles with moving aerodynamic surfaces at both the front and the rear of the bike to alter drag and downforce as needed.

The patent diagrams, typically simplistic in nature, show and explain at least four winglets which move independently under the control of the bike’s on-board computer, using inputs including throttle position, brake force, speed, acceleration, lean angle and pitch to determine the best way to maximise downforce equating to additional grip without changing or adding drag.

Think F18 fighter jet with aero surfaces similar to that of the aeroplane’s elevators and ailerons.

In the patent diagrams, it clearly shows body-mounted winglets as well as items mounted to the lower part of the forks and the swingarm. The result of the suspension mounted wings would mean downforce would be applied directly to the wheels rather than trying to compress the bike’s suspension.

The patent includes additional details with the ability to change the winglets’ angle of attack and suggests that linear actuators could be used to move them in multiple directions… aka F18 style aero aids.

Known on the street as the world’s most liveable superbike, it may very well also become the most desirable.